The 2013-14 FA Cup Round 4 saw Premier League leaders Arsenal kick off the Friday night weekend with an easy win at home to League One side Coventry. 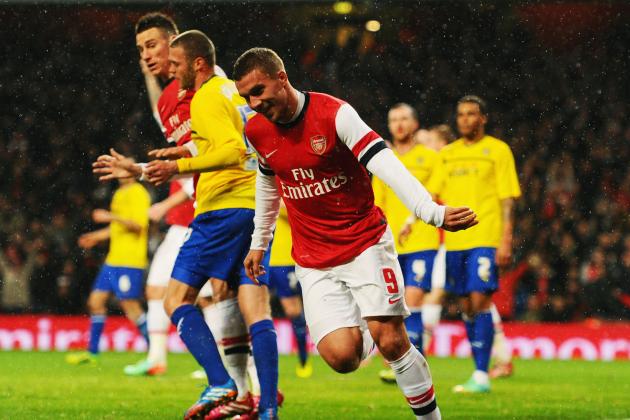 Lukas Podolski scored a first-half double to lead Arsenal into the last 16 with a comfortable win at home to Coventry.

Podolski struck in the 15th and 27th minutes to put Arsenal up 2-0 at half-time. Coventry fought back with a spirited start to the second half, but Arsenal added two late goals to put a bit of gloss on the scoreline.

Substitute Olivier Giroud made it 3-0 in the 84th minute with a first-time finish at the near post. Five minutes later, Santi Cazorla scored the fourth, bouncing in the rebound after Carl Jenkinson’s initial shot was saved.

Gedion Zelalem made his first-team debut for Arsenal as a second-half substitute. The 16-year-old became Arsenal’s first player to be born after Arsene Wenger took over as manager in 1996.

Forest and Preston played out a scoreless draw at the City Ground.

The teams will hold a replay on Feb. 4 at Deepdale. 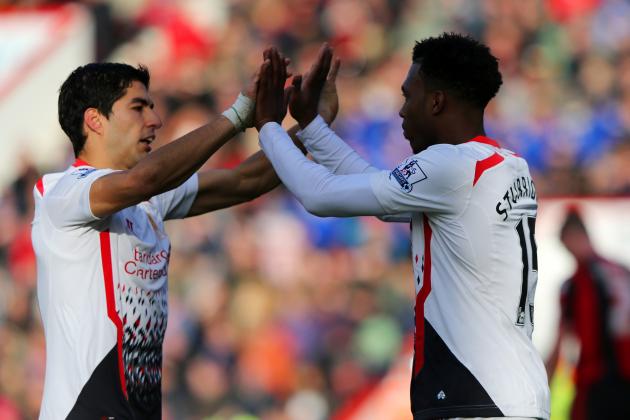 Victor Moses and Daniel Sturridge scored in either half, as Liverpool moved into the fifth round with a composed 2-0 victory at Bournemouth on Saturday. Luis Suarez assisted both goals.

Liverpool went ahead in the 26th minute through Moses, who caught Bournemouth goalkeeper Lee Camp unprepared at his near post. Suarez recorded the assist with a cross-field pass.

Sturridge doubled Liverpool’s lead in the 60th minute, side-footing past Camp at the far post after being set up by Suarez’s through ball.

Sturridge nearly scored Liverpool’s third 12 minutes later, but his chip bounced off the top of the crossbar, with Lee scrambling to cover his line. Suarez also chipped a shot over the bar in the 76th minute after racing free behind the Bournemouth defence. 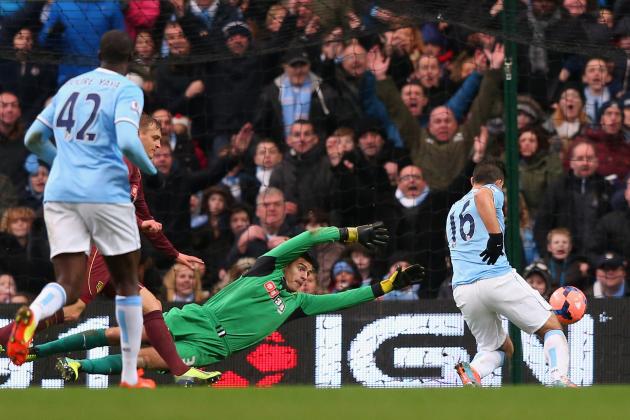 Sergio Aguero scored a second-half hat-trick as Manchester City survived a scare against Watford, beating the League Championship side 4-2 after trailing by two goals at half-time.

Watford built a 2-0 lead at the break through goals by Fernando Forestieri (21′) and Troy Deeney (30′), but City responded with four goals after half-time to advance to the fifth round.

Aguero started the comeback with a volleyed finish in the 60th minute, then he leveled the score 18 minutes later with a shot from the edge of the box.

Aleksandar Kolarov put City ahead in the 87th minute with a long shot that slipped through Watford goalkeeper Jonathan Bond’s grasp. Aguero then completed his hat-trick and sealed the points with a tap-in in stoppage time.

“The whole team didn’t do the things that we normally do in the first half,” Manchester City manager Manuel Pellegrini said, perMCFC.co.uk. “The most important thing for me is that Watford didn’t score the third goal. If they’d have scored that, the game would have been finished.” 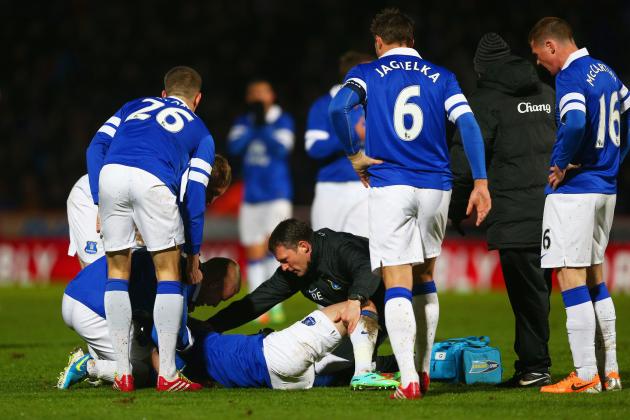 Steven Naismith scored twice in the first half as Everton eased to a 4-0 victory at League One side Stevenage.

But the win was marred by a serious injury to Everton midfielder Bryan Oviedo, who suffered a broken leg and was taken to the hospital, per @Everton.

Naismith got the Toffees off the mark in the fifth minute, finishing from Aiden McGeady’s pass after Kevin Mirallas’ initial shot had been saved.

Oviedo was then injured trying to block a shot by Simon Hislop in the 17th minute. The Costa Rica international was stretchered off the pitch after a lengthy delay.

Naismith doubled Everton’s lead in the 32nd minute after capitalising on a mistake by Jon Ashton. After half-time, Johnny Heitinga’s 55th-minute header made it 3-0. Magaye Gueye sealed the win with Everton’s fourth six minutes from time. 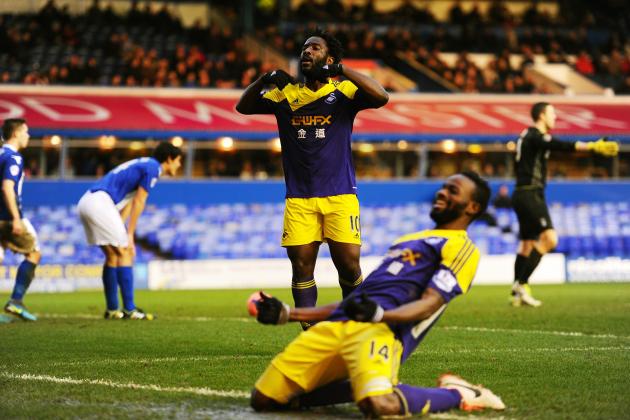 Swansea City had to come from behind to record a win over their Championship opponents after Lee Novak hit yet another FA Cup goal early on.

Midway through the second half, though, Swansea turned the game on its head with two Wilfried Bony goals in the space of three minutes.

A single second-half goal was enough for Ole Gunnar Solskjaer’s new charges to see off the threat of Bolton Wanderers, as his good start to life as Cardiff City boss continued.

Frazier Richardson scored early on after the re-start, having only come on as a sub at half-time.

Charlton recorded a 1-0 win away from home by knocking out Huddersfield Town.

The result was something of an upset, with Charlton struggling near the foot of the Championship and with just two wins away from home all season. Simon Church scored the decisive goal on 55 minutes.

League One side Port Vale could not hold off Championship opposition in Brighton, as the Seagulls swept through by a 3-1 scoreline.

Rohan Ince and Chris Robertson traded strikes early on before a mis-hit cross from Solly March ended in the back of the net to restore Brighton’s lead. Jon Obika scored the third late on.

All the goals came in nine frantic minutes in the second half at Rochdale, with Championship side Sheffield Wednesday doing enough to squeeze through to the fifth round.

Joe Mattock and Oguchi Onyewu scored within six minutes of each other to put Wednesday in control before Michael Rose’s long-range strike put the home side back in the game. A late red card for Mattock could have been costly, but the away side saw the game out.

Premier League side Southampton easily saw off Championship strugglers Yeovil with a dominant display and a 2-0 win despite a much-changed side.

Guly do Prado ended his long scoreless streak from the penalty spot midway through the first half, before a first senior goal for Sam Gallagher sealed the win.

There was no upset at Southend, as the League Two promotion-chasing side were beaten by Premier League outfit Hull City.

A goalless first half gave way to two Matty Fryatt strikes in the second, with his brace coming in injury time at the end of the match.

The weekend is set to conclude with two more matches on Sunday, including Chelsea’s match at home to Stoke City.

Who’s YOUR tip for the FINAL…..POST YOUR comments?