It’s Blackpool v Burnley in the Championship this evening and we are confident Burnley will add to the Tangerines’ woes….plus we’ve got a great NO LOSE DOUBLE offer at the end of the report……

Burnley manager Sean Dyche has no new injury or suspension concerns as his side look to secure their return to the Premier League on Good Friday. The Clarets will be promoted if they win at Blackpool and Derby fail to beat hosts Doncaster.

From the heady heights of the top of the table earlier in the season, the Tangerines have dropped like a stone and been dragged rightinto the relegation battle. In situations like these it’s often the side who are woefully out-of-form that end up going down.

Many observers feel there could be tears at Bloomfield Road come the final day of the season. The bare facts are that they have won just twice in 26 games and November 30 was the last time they managed to score more than once in a match.

Meanwhile the fans have questioned the players’ desire for the relegation fight in an open letter to them – not what you need at this stage of the season. Saturday’s 2-0 defeat at Leeds, who had been in pretty horrific form themselves.

It left Barry Ferguson‘s side just two points above Millwall, who currently occupy the third relegation spot. The player-manager is fighting hard on the pitch as well as off it but the sale of Tom Ince during the transfer window has left them short of creativity and spark.

Sean Dyche’s side have confounded the cynics and kept their fine form going all the way through the season to the home straight and stand on the verge of automatic promotion back to the Premier League for the first time since 2010. 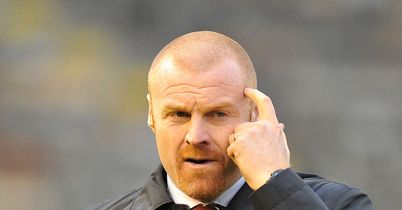 They could have sealed the deal on Saturday but slipped to a 1-0 defeat at home to Middlesbrough. Dyche was happy with his side’s performance though and it was the visitors’ goalkeeper who was the man-of-the-match.

They haven’t lost on the road since December 26 (by pure coincidence, also to Middlesbrough) and have proved extremely adept at grinding out results away from Turf Moor.

Dyche’s outfit are well-organised at the back and transfer the ball forward without too much fuss to the opposition’s half where their potent attacking duo can be unleashed.

The return of half of that pairing, Danny Ings, from injury has boosted the Clarets, though his replacement Ashley Barnes has shown what he can offer himself with a couple of important goals, including the winner at Barnsley.

With Burnley’s impressive form on the road, an away win looks the call here. They have been very effective away to the division’s strugglers, winning at places like Charlton and Barnsley with the minimum of fuss in recent weeks.

A repeat of those performances would be enough to secure the three points and promotion here. Three points for the Clarets can be backed at 2.1 and that looks like a very fair price.

The home side are low on confidence and struggling for goals while Burnley have been very effective at disposing of the sides at the foot of the table. They won 1-0 at Barnsley in their last away clash and a repeat of that scoreline is the market leader here for understandable reasons.

They have the best defensive record in the Championship and it’s not hard to imagine them closing the game out if they can score first – at 6.6 it’s worth backing at half stakes.

We’ve got a great ‘No Lose Double’ offer for tonight because Betfair are offering a fantastic promotion with an ‘EXCLUSIVE £/€10 NO LOSE DOUBLE OFFER’…. If the first double bet loses Betfair will refund your stake as an individual free bet token up to £/€10.

Bets including any selections from leagues or competitions that are not stated above or are less than two selections will not qualify for a refund.