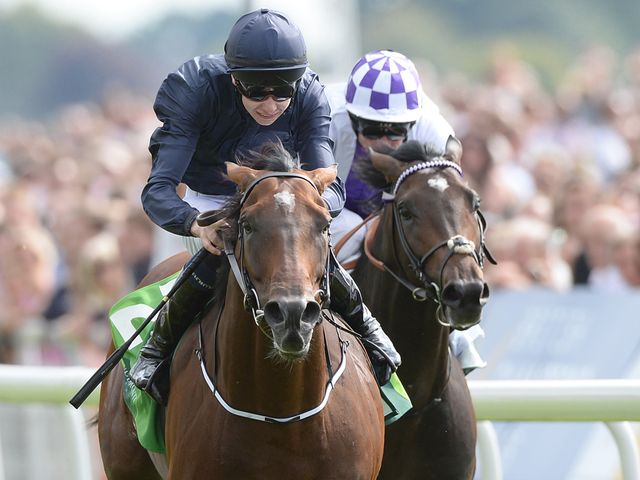 Ryan Moore is set to come in for a few Ballydoyle rides at the Breeders’ Cup with trainer Aidan O’Brien confirming his son Joseph will only be able to partner the Classic-bound Declaration Of War at Santa Anita next week.

O’Brien has four other entries – Magician, Cristoforo Colombo plus both Wilshire Boulevard and Giovanni Boldini in the Juvenile Turf – but Joseph will not be able to make the weight.

“He’ll ride only the one, Declaration Of War,” said O’ Brien by telephone at a Breeders’ Cup press conference. “I imagine Ryan will ride most of the others.”

Declaration Of War is having his final start before he retires to stud and has had a fabulous season, landing the Juddmonte International and Queen Anne as well as producing three other respectable efforts at Group One level.

Trying dirt for the first time, the son of War Front has the right sort of pedigree for the task and missed last weekend’s British Champions Day meeting when the ground was too soft for him.

O’Brien said: “He ran in all those races, close enough over different distances, and he has an unbelievable constitution. “He likes to be covered just off the pace to produce that burst. He has a lot of speed and first time on dirt, it will be interesting to see, but he’s in good shape and we’re very happy with him.

“There are dirt horses on both the sire and the dam’s side, so we’re looking forward to seeing him race.”

O’Brien has had seven wins at the prestigious American meeting so far but it is 13 years since he went so close in the Classic, when the ‘iron horse’ Giant’s Causeway was beaten a quarter of a length by Tiznow at Churchill Downs.

“I suppose this horse is like Giant’s Causeway in many ways, but he must just be the stronger traveller,” said the trainer.