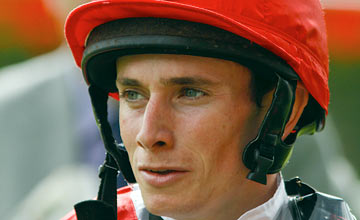 Following this weekends Breeder’s Cup we head off next week to ‘Oz for the Emirates Melbourne Cup.

Ryan Moore rides Dandino in Tuesday’s Emirates Melbourne Cup and the former champion jockey wants “to redeem himself” in the Flemington spectacular.

Moore partnered the luckless Mount Athos into fifth in last year’s Melbourne Cup, after which the horse’s owner Marwan Koukash determined to use the services of an Australian rider in this season’s race.

Twelve months on, Moore, who has a string of chances at the Breeders’ Cup on Friday and Saturday, will return to Australia and partner the Marco Botti-trained Dandino, who was steered by Craig Williams – the rider of Mount Athos in Tuesday – in the Caulfield Cup.

“It’s important for Ryan to be riding on Tuesday as we want him to be on the horse in Hong Kong and Dubai.

“When we asked him if he wanted to ride the horse in the Melbourne Cup he said he had unfinished business with Australia.

“The race is on his bucket list. He was criticised a bit for his ride on Mount Athos last year and by his own admission it wasn’t his greatest effort. He wants to redeem himself and he wants to win the Melbourne Cup.”

Dandino is around the 6-1 mark while Mount Athos is a general 8-1 shot to give Luca Cumani – twice second in the Melbourne Cup – a first victory in the iconic race.

However….first off is the Breeders Cup so follow the links below for latest news…..

Today we just have a couple of selections following Tuesday’s nice 20/1 advised EW second….we look for some more value opportunities…

Apologies for our first offering!!!!

Lingfield 14.20…..We cannot see past Roger Varian trained HORSTED KEYNES. He was having his first start of the year when scoring at Wolverhampton so with likely improvement he gets the nod in front of the unexposed Favourite Treat, who hacked up in a maiden at Chepstow last month. The former a best priced 23/20 with Bet Butler and the latter a best priced EW option at 9/1 with Bet Victor

Following this we look to Lady Cecil in a listed race…..

Lingfield 15.20……PHAENOMENA can keep on the upward curve. She didn’t run last year and failed to break her maiden until the fourth time of asking at Newbury. However, last time out at Newmarket the Galileo filly looked more the finished article beating Sir Michael Stoute’s Astonishing by a length, without being hard pressed. Astonishing has since won a Listed heat by seven lengths so the form looks even better…a best priced 7/2 with SkyBet