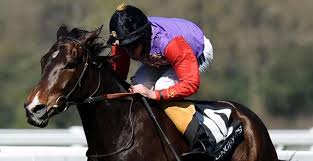 The Queens’ horse, Estimate, is being backed to be crowned Ascot queen in the Qipco Long Distance Cup.

Estimate has twice brought the house down at Royal Ascot and was the inspiration for one of the moments of 2013 when the Queen was left beaming following the four-year-old’s historic triumph in the Gold Cup.

That Gold Cup win was Estimate’s third from as many starts at Ascot – she also won the Queen’s Vase and Sagaro Stakes at the track – and she has been cut by bookmakers for victory in Saturday’s Long Distance Cup.

With two big Ascot wins to her name so far in 2013, and form on soft ground, it’s not surprising Estimate has proved popular with punters. She looks sure to be sent off a red-hot favourite for the Champions Day opener.

Ryan Moore will have the responsibility for riding the Sir Michael Stoute-trained Estimate at Ascot and said on Tuesday that he was looking forward to the ride.

“She’s improved every run of her career,” Moore said on At The Races. “We’re quite happy with her. Very soft ground is a bit of an unknown but hopefully she’ll handle it and run a big race.”

Ascot’s going remains good to soft, soft in places, after a dry day, and clerk of the course Chris Stickels reckons it is unlikely to be significantly worse on Saturday.

He said: “After 5mm of rain on Monday we’ve had a nice dry day, with a bit of a breeze. The going remains good to soft, soft in places, with most of the soft places on the downhill run and round Swinley Bottom. The straight course is mainly good to soft.”