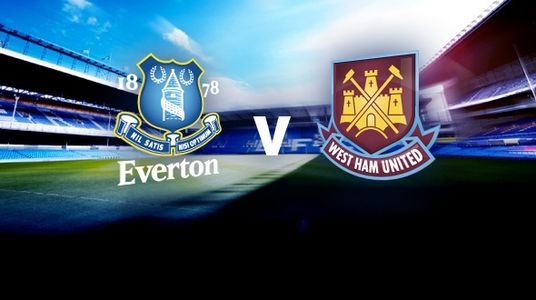 Everton midfielder James McCarthy will miss the game with a hamstring injury and with defender Antolin Alcaraz suspended…..John Stones is likely to start after having missed the last two games with an ankle problem.

West Ham will assess defender James Tomkins (ankle) ahead of the game and will be without midfielders Cheikhou Kouyate and Alex Song, who are away at the Africa Cup of Nations, so Mark Noble and Kevin Nolan could start.

Striker Diafra Sakho was also set to depart for international duty at the tournament in Equatorial Guinea, but is undergoing further tests on a back injury which could rule him out of contention for Senegal’s squad.

Sam Allardyce admits he does not have a big enough squad to afford much squad rotation, but he does have experienced options available in midfielder Matt Jarvis and forward Ricardo Vaz Te.

The Hammers have suffered a dip in form of late. After sitting fourth in the Premier League at Christmas, the Hammers picked up just one point from three games in the festive schedule.

However, Everton’s recent record is even worse, with the Toffees having won only one of the last nine matches to leave them 13th in the Premier League table and just four points above the relegation zone.

Everton have a good record against West Ham, though, having not lost to the Hammers in 14 fixtures dating back to 2007, winning the last five games between the sides.

Everton’s campaign is cup-focussed now having fallen 15 points shy of fourth in the Premier League. They have produced their best form in the Europa League, which grants its winners a Champions League place, topping a tricky group, and haven’t exited the FA Cup in the third round since 2007/08, getting to the quarter-finals or further in each of the past three seasons.

The thing that makes Everton’s hold over West Ham so frightening is that they never thrash them. Almost every encounter between the clubs is competitive, yet the Toffees always find a way to get the better of it.

In addition to the Toffees’ win margin not climbing higher than two goals since 2001, both teams have scored in ten of their previous 12 collisions. West Ham have fired a mere three blanks in 2014/15, having taken to the field 21 times.

Backing the 2-2 and watching the match develop as we think may see us able to lock in some good profits?