On-loan Lacina Traore will make his debut for Everton in the FA Cup meeting with Swansea, but fellow striker Romelu Lukaku is a week away from a return.

Defender Antolin Alcaraz, who won the FA Cup with Wigan in 2013, has returned to training but is not match-fit.

Strikers David Ngog and Marvin Emnes are cup-tied after playing for other clubs in previous rounds. 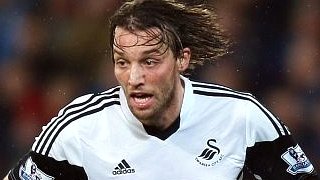 Everton manager Roberto Martinez spent two years in charge of Swansea between 2007 and 2009 – a period during which the Welsh side’s current boss Garry Monk was a member of his first-team squad.

The Spaniard is not been surprised that his former charge was installed as the Liberty Stadium side’s manager earlier in the month,given his natural authority in the dressing room.

“He had that leadership, that DNA of being able to control a group, and being a captain in a club like Swansea where it is so involved with the community is an intense surrounding,” Martinez said of Monk.

“We had a conversation when he was appointed but he doesn’t need any advice.

“He is very thorough and he puts a lot of time into everything he does and he knows exactly what he does.”

Monk is unbeaten in his two games in charge so far – beating south Wales rivals Cardiff before earning a draw away to Stoke – and admits he has learned a lot from a man he also played alongside for the Swans.

“Roberto was my captain when I first came here and I got to form a really good bond with him,” Monk said.

“He was a fantastic leader and I have learnt from him and the experiences he had here.

“You have to take the good bits from your managers and most of what Roberto and assistant Graeme Jones did was very good.”

In the absence of Lukaku, Everton will need to look elsewhere for goals and there are a few players in their side that have weighed in here and there across the season so far. One such player is Kevin Mirallas, who gets forward an awful lot and is decent goalscoring form with three goals in his last five games.

An Everton win is probably the most likely out come and 2-0 is currently on offer at 8.6 .Everton should dominate on their own patch, scoring and then scoring again late on to put the game to bed.

If you think correct score bets are a bit punchy, the alternative is the Everton -1 market; it gives you a bit more flexibility and you should be able to get a price of around 2.7.

Everton to win at 1.64
Kevin Mirallas to score at any time at around 3.5

Sheffield United skipper Michael Doyle is available for the FA Cup tie against Nottingham Forest – having served a three-match ban after his red card against Fulham in the previous round.

On-loan Doncaster striker Billy Paynter, Elliott Whitehouse and Callum McFadzean are all cup-tied. Forest midfielder Guy Moussi is a doubt after picking up a hamstring problem in Tuesday’s 3-0 win at Huddersfield. Forward Djamel Abdoun is also doubtful, while Henri Lansbury is still out.

Forest are one of the country’s most in-form sides. Billy Davies‘ men are unbeaten in 16 league and cup games and they’re yet to concede a goal in this competition.

The slight worry is that Forest face Championship leaders Leicester in midweek and therefore we might not see them at full strength at Bramall Lane on Sunday afternoon, but with the Blades embroiled in a relegation fight in League One, they could take the opportunity to rest a few players also.

There will be many who will take the view that if Sheff United can go to Premier League side Fulham and come away with the win then they’ll be able to match Championship side Forest. But there’s a huge difference between losing games – like Fulham were doing – and winning games like the Nottingham side are.

Forest are full of confidence, and Davies’ men have lost just two of 15 league games on the road this season. We don’t seem them losing this cup match either, in fact we fancy them strongly to take the win.

Arsenal’s Mathieu Flamini returns from a three-game ban, but fellow midfielder Santi Cazorla is ill and may miss the FA Cup fifth-round tie with Liverpool.

Striker Olivier Giroud and goalkeeper Wojciech Szczesny could be rested for Wednesday’s meeting with Bayern Munich. Liverpool may restore centre-back Daniel Agger to the starting line-up after his recovery from a calf injury. Full-back Glen Johnson is not fit, but 21-year-old midfielder Joao Carlos Teixeira may play some part. 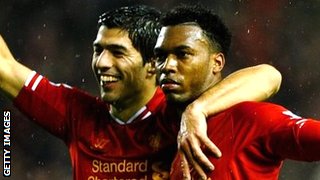 Liverpool thrashed the Gunners 5-1 in the Premier League last weekend, but manager Arsene Wenger is confident that his side will react positively when they line up against the same opposition with a place in the last eight at stake.

“These guys are winners. When they lose in that way believe me they are hurt,” Wenger said.

Striker Daniel Sturridge struck two goals in the Reds’ victory at Anfield and has scored in eight successive games for the club.

Sturridge’s streak has coincided with a relative barren spell for team-mate Luis Suarez – who has not found the net in his last three games – and he is only four club goals behind the prolific Uruguayan for this season.

“He is up there with Luis as the best finisher in the league,” said manager Brendan Rodgers. “When Daniel is through on goal, you are surprised when he misses. He is outstanding in the one-v-one and he has great variety in his finishing. “Both him and Luis are outstanding goalscorers.”

Whilst a tight match is expected from the two free flowing teams, better value maybe found in the scorer markets.Daniel Sturridge has scored in eight successive appearances for Liverpool (nine goals) and just eight days on from inflicting upon Arsenal the indignity of a 5-1 loss in which every goal came from a player with a surname initialled “S”.

Luis Suarez might be Liverpool’s star man and top scorer, but Sturridge has fired a goal a game more than the Uruguayan in his six starts since returning from injury, finding the net in an extraordinary 17 of his 21 matches for the Reds this term. Therefore, odds anywhere near the 3.0 mark are irresistible.

Become a multi-millionaire today, betting with a Colossus Bet. With a guaranteed day 1 minimum prize fund of £10,000,000, “The Colossus Bet”, an easy to play correct score Pick 7, is the world’s biggest bet!

They also offer a range of correct score and correct outcome pools, with £2,000,000 day 1 minimum guarantees in other European football leagues.

Michael Owen is now writing a Colossus blog with his predictions……..far better than Lawro!!!!