Sunderland defender Wes Brown will serve the first game of a two-match ban in the FA Cup Fifth round meeting with Southampton following his red card against Hull.

Sunderland are unbeaten in the teams’ three meetings so far this season having beaten Saints en route to the League Cup finaland earned a 1-1 draw when they visited the south coast in the league.

The Black Cats are in the midst of a strong run of form, having won six out of their last nine games to move off the bottom of the Premier League and advance to the final of the League Cup.

Southampton midfielder Steven Davis is not expecting his side’s task to be any easier despite Sunderland being free from the concerns of the top flight relegation battle. “It is going to be a tough game,” said the 29-year-old Northern Ireland international.

“They’ll be desperate to keep the momentum going, keep picking up results and maybe, in some way, the pressure will be off. “They can enjoy the game more than they do in the league, with so much pressure.”

• Saturday’s match will be the 61st between the two sides, with Southampton narrowly edging the historical head-to-head record with 23 wins to Sunderland’s 22.

• Southampton’s only success in the FA Cup came when they beat Manchester United 1-0 in the 1976 final at Wembley. They have also finished runners-up three times – most recently in 2003.

Southampton have had a fantastic season so far under Pocchetino and with an already strong league position they are able to pay a little more attention to this Cup run. The Saints are coming in to the tie on the back of a 1-0 victory away to Hull City in midweek where Jose Fonte fired home in what was the only goal of the game.

Southampton have been fantastic on their travels where they previous beat Fulham 3-0 only a few weeks ago. Jay Rodriguez and Rickie Lambert are on great form and we can only see them scoring again here.

The lineups will be extremely revealing and you can expect a big shift towards Southampton if Poyet names a weaker than average team – but if he doesn’t then there’s enough juice in the draw price to squeeze out a profit whether you let it ride, ‘cash out or trade’.

You can back the draw @ 3.45  or consider that both sides do look likely to concede so we see a Both Teams To Score (YES) as the best outcome….especially as BETFAIR are offering  4/6, better than other leading Bookmakers!!!! <<<<<Get on it here>>>>

Cardiff are waiting for confirmation that on-loan winger Wilfried Zaha, an unused substitute in Manchester United’s third-round defeat, is eligible to face Wigan in the FA Cup Fifth Round.

Kenwyne Jones and Fabio are cup-tied, having played for Stoke and Manchester United respectively in previous rounds. Goalkeeper Lee Nicholls may come in for holders Wigan, but top-scorer Nick Powell is likely to be missing again. Midfielder James McArthur has been ruled out with a virus. 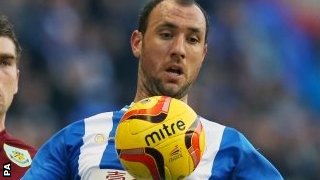 The Latics are 41 matches into a fixture list that has included Europa League trips to Russia and Slovenia.

But manager Uwe Rosler insists that they will not sacrifice their defence of the FA Cup to keep players fresh for a tilt at the Championship play-off places. “The club is proud to be the holders of the famous trophy,” he said. “The win over Sheffield Wednesday took a lot out of them.

We will bring fresh legs in. “Everybody will be trying to get into the last eight, that’s our aim.” Cardiff manager Ole Gunnar Solskjaer says that he aims to follow Wigan by winning the FA Cup from a lowly league position – but wants to survive the drop too.

“They proved last season what the FA Cup was all about, a chance for smaller clubs to win trophies,” Solskjaer said. “I would like to go one better than they did and win the cup and stay up, but in any way, shape or form, if you play in a cup game you want to win it.”

Solskjaer may look at the games West Ham played against Nottingham Forest and Manchester City when Sam Allardyce sent out mainly youth team players as he wanted to concentrate on the league and staying up. West Ham are now 4 games undefeated and have four clean sheets.

Both sides struggle to score goals and we see this as a low scoring affair and should go under 2.5 goals. The biggest value bet is the draw and there is also value in a Wigan win. Since 2000 there have been 4 Wigan wins and 4 draws but Wigan have only won once at Cardiff……..but there have been 3 draws.

Sheffield Wednesday’s Jose Semedo misses the FA Cup fifth round match against former club Charlton after breaking a leg in the defeat by Wigan.

Striker Leon Best and defender Sam Hutchinson, signed on loan from Blackburn and Chelsea, are eligible. Charlton goalkeeper Ben Hamer could return from an ankle injury but left-back Rhoys Wiggins is still a doubt with a hamstring problem. Defenders Chris Solly and Leon Cort are still out with knee injuries.

Sheffield Wednesday manager Stuart Gray represented Nottingham Forest, Barnsley, Aston Villa and Southampton as a player but, like all but two of his squad, he is in uncharted territory in the FA Cup.

“I said to the players straight away after the defeat to Wigan on Tuesday that we’ve got to look forward,” Gray said. “I asked the question, ‘has anybody been this far before in the FA Cup?’ “There was only Glenn Loovens and Stephen McPhail, so it’s a great challenge for the players with a great prize at the end of it – a quarter-final place.”

While the reverse against Wigan brought to an end an 11-match unbeaten run for Wednesday, Charlton have lost four league games and slid into the relegation zone. “It’s good because of what has been happening with us in the league.

It has given us a different slant on this season,” said manager Chris Powell. “We’re under no illusions that our season is about retaining our Championship status, but it’s a welcome distraction.”

Both sides are battling at the wrong end of the Championship and hope a cup run will boost their league position. Wednesday look revitalised at the moment at should edge thi in a classic BTTS (YES) game at a best 8/13 with Betfair!!!! <<<<<Get on it here>>>>

Samir Nasri could return for City after five weeks out with a knee problem and fellow midfielder Javi Garcia is available after injury. Chelsea’s Gary Cahill joins fellow defender John Terry on the sidelines after picking up a calf injury. Right-back Branislav Ivanovic may be deployed at centre-back in his place. 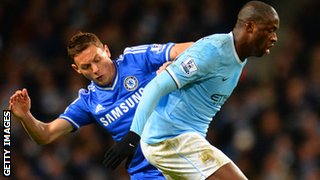 The last five FA Cup finals have featured either one of these two sides, with Chelsea winning all three of their final appearances (in 2009, 2010 and 2012) and City winning one (against Stoke in 2011) and losing one (against Wigan last season).

Manchester City won their first 11 home league games of the season before a superb counter-attacking performance from Chelsea earned them a 1-0 win at Etihad Stadium at the start of the month.

The result took Chelsea boss Jose Mourinho’s record when facing City manager Manuel Pellegrini to seven wins from nine meetings. That period that covers the pair’s previous stint together in Spain, when Mourinho was at Real Madrid and Pellegrini at Malaga.

City’s manager says his side will not be deterred from the attacking style that has brought them 68 goals in 25 league games. “I think it’ll be a very similar game as we have a style of play that we don’t change, no matter who we’re against,” the Chilean said. “From the other game, we know also that we have to try not to be very open on the counter-attack, if we play well, there is no reason we cannot beat them.”

Mourinho played down his personal record against Pellegrini, but conceded that playing the same opponents in the space of 12 days made devising tactics harder than usual.

• This is the fifth meeting in the FA Cup, with Manchester City winning three times and Chelsea once.

• Manchester City have played in two of the last three FA Cup finals. They won the trophy for the fifth time when they beat Stoke in 2011, but were beaten by Wigan in the final last season. They first lifted the FA Cup in 1904.

• Chelsea have won the competition seven times, with all seven of their victories coming between 1970 and 2012.

We can expect this factor to influence City’s line-up and this adds value to bets opposing the home win. Neither team will want a replay, so I’m expecting a result – and Chelsea to Win By 1 @ 4/1 with Skybet.

Become a multi-millionaire today, betting with a Colossus Bet. With a guaranteed day 1 minimum prize fund of £10,000,000, “The Colossus Bet”, an easy to play correct score Pick 7, is the world’s biggest bet!

They also offer a range of correct score and correct outcome pools, with £2,000,000 day 1 minimum guarantees in other European football leagues.

Michael Owen is now writing a Colossus blog with his predictions……..far better than Lawro!!!!