Barcelona are in discussions with striker Pedro, 26, over a new contract after reports that the Manchester United and Liverpool target could be tempted with a move away from the Catalan club this summer.

Pedro’s buyout clause will remain at €150m but the Spain international will see an improvement in terms and he is not a player considered for sale this summer.

However, the report adds that if an interested party makes a substantial offer to the Camp Nou hierarchy for Pedro’s services, he could be allowed to leave. 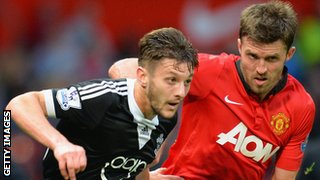 Manchester City boss Manuel Pellegrini says striker Sergio Aguero will not be sold during the summer at any price. The 25-year-old has been linked with a move to Spain, with Barcelona and Real Madrid wanting to sign the Argentine.

Celtic defender Virgil van Dijk, 22, will be playing in the Premier League next season, according to his agent Henk-Maarten Chin – with Manchester United and Manchester City believed to be among the clubs scouting him.

Newcastle may be able to sign French striker Loic Remy, 27, on a cheap deal because of QPR’s financial problems.

Manchester United will sign 16-year-old attacking midfielder Dimitri Oberlin Mfomo when his current deal at Swiss side FC Zurich expires at the end of the season.

Southampton are planning a £2m bid for Juventus striker Fabio Quagliarella, 31, to replace Italy team-mate Dani Osvaldo, who went out on loan to the Turin club after head-butting team-mate Jose Fonte in training.

West Brom boss Pepe Mel says he is still the right man for the job despite taking just four points from seven games in charge.

Charlton boss Chris Powell could become the next QPR manager if Harry Redknapp leaves at the end of the season.

Manchester United are set to be handed a major financial boost with the announcement of a new 10-year world-record kit deal with Nike worth £600m. 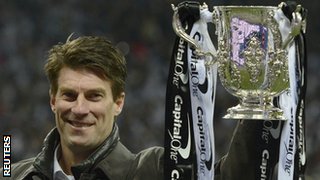 Tim Sherwood admits his future as Tottenham manager is in doubt following his side’s 4-0 thrashing at Chelsea. Ex-Swansea boss Michael Laudrup (above), 49, and Dutchman Louis van Gaal, 62, could replace him.

Sherwood has ruled out staying on as assistant manager if he is replaced in the summer.

Former Aston Villa captain Stiliyan Petrov scored a penalty as he played for only the second time since being diagnosed with leukaemia in March 2012. The 34-year-old figured in a charity match at the weekend.

Arsenal boss Arsene Wenger has confirmed that Lukasz Fabianski, 28, will keep his place in goal for the FA Cup semi-final meeting with Wigan at Wembley next month. The Pole, who has turned down a new contract, has played throughout this season’s competition.

Newcastle United skipper Fabricio Coloccini, 33, is likely to make the trip to Fulham on Saturday after an enforced trip to Argentina to attend a family funeral.

Manchester United and Borussia Dortmund are chasing Cagliari’s Italian defender Davide Astori, 27, who is valued at around £9m.

Juventus midfielder Paul Pogba, 20, is attracting a lot of interest from Europe’s top clubs, but the French international midfielder is only interested in playing for Turin club.

Chelsea goalkeeper Thibaut Courtois, 21, who is on loan at La Liga side Atletico Madrid, has a verbal agreement to join Real Madrid.

Barcelona have entered a “period of utter bewilderment” after the Catalan club fell four points behind leaders Real Madrid in La Liga after a 1-0 defeat at Real Valladolid on Saturday.

Liverpool striker Luis Suarez insists the club is close to his heart and and claims his three-year-old daughter Delfina knows all the words to the Kop anthem, You’ll Never Walk Alone.

Werder Bremen midfielder Aaron Hunt, 27, owned up to diving and convinced the referee to overturn a penalty decision during his side’s Bundesliga game against Nuremberg. Bremen won the match 2-0.

Leeds players were called “chickens” by the club’s owner-in-waiting Massimo Cellino following their 5-1 defeat at home to Bolton on Saturday.

We are running a big promotion for new and existing customers with BETFAIR. The offer is a Betfair No Lose ACCA…. any fixtures with your stake refunded as a free bet up to £10.

Have a great weekend.