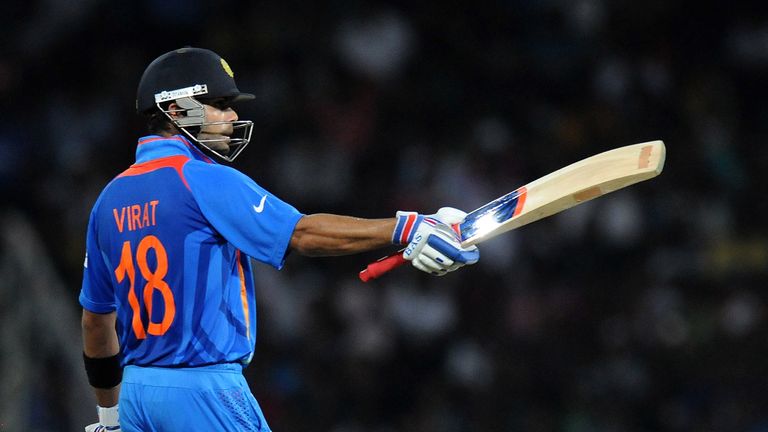 India pulled off the second-highest run chase in one-day internationals to beat Australia by nine wickets and level their ODI series at 1-1.

The hosts led by Virat Kohli, were in record-breaking form in Jaipur, roaring back into contention against Australia in the second match of their seven ODI series.

Kohli was the batting hero for the hosts, scoring the fastest ever ODI century by an Indian to help his country chase down 359 and enter the record books with the second-highest successful run chase in the format’s history.

The hosts surged to their target of 360 with 39 balls to spare as Kohli smashed the fastest ODI century by an Indian from just 52 deliveries.

Rohit Sharma struck the winning runs to finish on 141 not out after Shikhar Dhawan weighed in with 95.

India’s previous highest successful pursuit was 330-4 to beat Pakistan in Dhaka in 2012.

“I’m not sure what to feel at the moment,” said Australia captain George Bailey. “That was some pretty awesome batting.

“It felt like everything we tried with the ball just seemed to go harder and further.”

Batting first, Australia piled up 359-5, with all of their top five passing 50 and Bailey top-scoring with 92 not out off 50 balls.

But India made a blistering start to their reply as Dhawan and Sharma put on 176 for the first wicket in only 26.1 overs.

Kohli upped the ante still further with a brutal knock that featured seven sixes and eight fours as he finished unbeaten on 100.

His innings eclipsed Virender Sehwag’s 60-ball record for India and was the ninth-fastest one-day hundred of all-time.

“I just wanted to go out there and play my part,” he said. “I was hitting the ball sweetly. I decided to take the pressure and whatever I went for I got in the middle of the bat.

“I’ve been feeling good mentally and I was fresh for this game. I was ready, and I knew if I held my shape I would connect well. 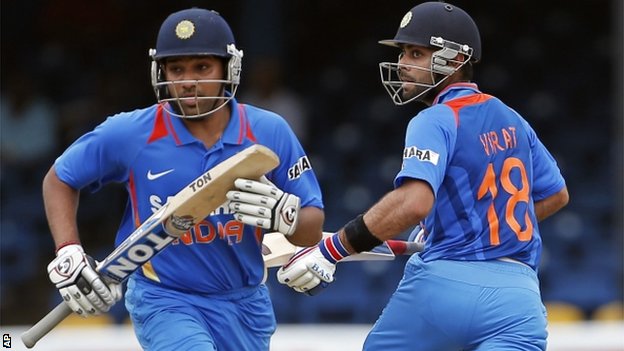 “Rohit is by far the best of the young lot as far as talent is concerned,” said Kohli.

“Once he gets set and gets going it’s very difficult to stop him. He’s got every shot in the book and it was a delight to watch from the other end.”

Australia won the first match of the series by 72 runs. The third one-dayer in a six-match series takes place in Mohali on Saturday.