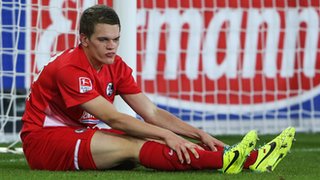 Atletico Madrid are plotting a bid for Chelsea striker Fernando Torres, 29, who left the Spanish club to join Liverpool in 2007. 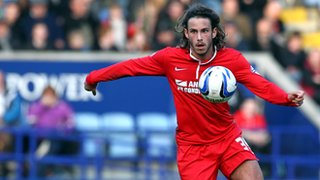 Everton boss Roberto Martinez is hoping to secure Espanyol striker Sergio Garcia for a knockdown price of £3m in the summer, when the 30-year-old enters the last year of his contract.

Real Madrid are the latest club to express an interest in Stoke goalkeeper Asmir Begovic, 26.

Atletico Madrid midfielder Koke, 22, insists he has no interest in leaving the Spanish club, despite being scouted by Manchester United for the past 12 months.

The Football Association will write to Fifa in a bid to ensure striker Nicolas Anelka, 35, serves his five-game ‘quenelle’ suspension if he joins another club after being sacked by West Brom on Friday.

Norwich boss Chris Hughton says Canaries fans had the right to focus their anger on him during Saturday’s 4-2 defeat at Southampton – but insists he will not quit. 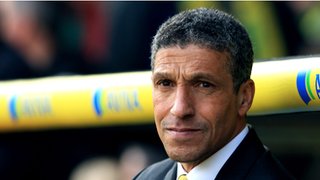 Arsenal keeper Wojciech Szczesny, 23, pulled out his phone and snapped a ‘selfie’ with team-mates Kieran Gibbs, 24, and Lukas Podolski, 28, on the pitch at White Hart Lane following Sunday’s 1-0 derby win over Tottenham.

Midfielder Samir Nasri, 26, believes Manchester City captain Vincent Kompany’s furious response to his red card against Hull inspired his side to win the match for the 27-year-old.

Fulham manager Felix Magath has placed photographs of fans in the Craven Cottage dressing room in a bid to inspire his players in their relegation battle. 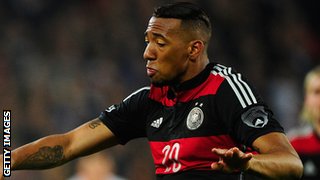 Jerome Boateng joined Bayern from Manchester City for £11.2m in 2011.

Former Arsenal defender William Gallas hopes to return to French club Marseille to supervise the development of young talent. The 36 year-old is currently playing in Australia for Perth Glory.

Juventus are ahead of AS Monaco and Villarreal in the race to sign the “new Gareth Bale” Andrija Vukcevic, 17, of Montenegrin club Buducnost Podgorica.

The contract negotiations between Barcelona and 26-year-old striker Lionel Messi are likely to be extended due to unresolved salary issues.

Real Madrid midfielder Xabi Alonso, 32, says the ‘El Clasico’ against Barcelona will be “very important but not decisive”, as they already hold a sizeable lead in La Liga.

Barcelona forward Alexis Sanchez, 25, says the club will go to into the crucial derby match with the “sole idea of winning”.

Arsenal striker Olivier Giroud’s reason for wanting to quit London and return to France is that his wife, Jennifer, has told the 27-year-old it is the only way to save their relationship. 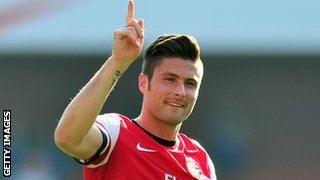