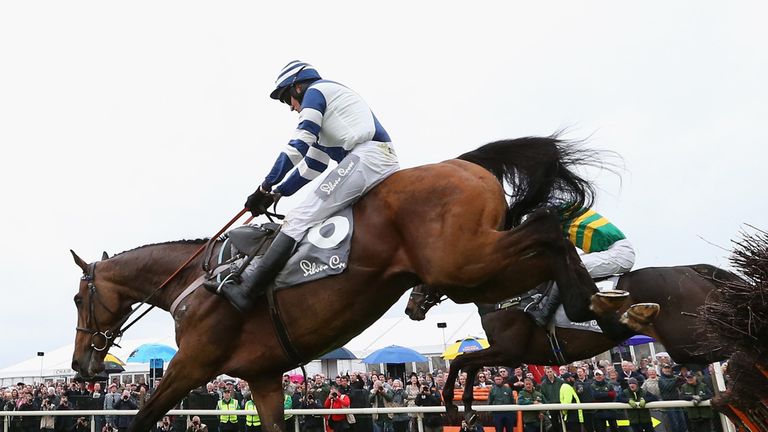 Ahead of the Aintree meeting, World Hurdle fifth WHISPER connections are setting their sights on another bid for the Liverpool Hurdle at the Grand National meeting.

Whisper was having just his second start of the season – and a first over hurdles – when coming home behind Cole Harden at Prestbury Park and owner Dai Walters was pleased with that effort.

“Whisper should have come on for his run at Cheltenham. It was a very good run, I thought. He won the race at Aintree last year and he should go close again,

“Although he won at both Cheltenham and Aintree last year, I think he is a bit better on a flatter track. We are looking forward to running him,” said Walters.

Whisper is 5/1 for the race at Aintree on 11th April where he could once again face our big race Cheltenham winner, COLE HARDEN and the Pauls Nicholls’ duo of Saphir Du Rheu and Zarkandar – second and third respectively in the World Hurdle.

Cole Harden and Zarkandar are both 11/4 for the Aintree contest but Walters believes a return to the Merseyside venue could be an added bonus for the Nicky Henderson trained seven-year-old.

Walters has long-term ambitions for Whisper as a chaser but he admits that a repeat win at Aintree would make staying over the smaller obstacles an appealing proposition.

“He is a chaser and we will decide if we go chasing next year later on. If he can win two Liverpool Hurdles, though, then we might well keep him over them.”

Whisper is 5/1 to win the Liverpool Hurdle.

Our next big race preview is Saturday’s Lincoln Handicap

We’ve also published our top flat horses to follow that we think will create an impact and will be profitable tp follow throughout the coming months….