Liverpool made a mockery of Arsenal’s status as Premier League leaders by handing out an emphatic beating at Anfield.

The Gunners arrived on Merseyside high on confidence at the top of the table, but were demolished as Liverpool scored four in a devastating opening 20-minute burst that could have brought them even more goals. 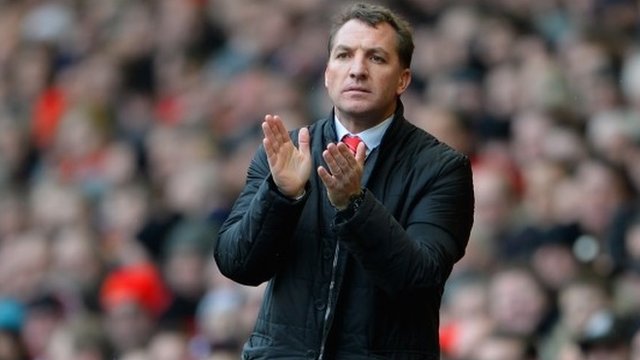 Martin Skrtel turned in two set-pieces and when Raheem Sterling and Daniel Sturridge also hit the target for rampant Liverpool, a shell-shocked Arsenal’s confidence was reduced to tatters.

Liverpool, unsurprisingly, were unable to maintain that level of dominance in the second half, but Sterling added his second before Mikel Arteta pulled a goal back for Arsenal from the penalty spot.

Wenger has maintained confidence in his Arsenal side all season, but this will now be their severest test after a defeat that was far more comprehensive than even the scoreline suggests. 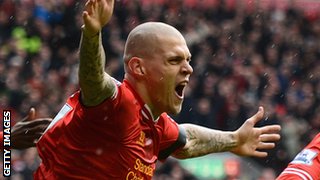 As for Liverpool, they continue an impressive pursuit of a top-four place and a return to the Champions League – and they are now only five points behind Arsenal.

Liverpool swept away the Gunners in exactly the same manner as Everton were beaten here at Anfield, in a storm of speed, pressing and deadly finishing that was a testimony to the growing threat of Brendan Rodgers’s team.

The signals for a harrowing 90 minutes to come were posted inside the first minute when Skrtel cashed in on some flat-footed Arsenal defending to divert Steven Gerrard’s angled free-kick past Wojciech Szczesny.

Liverpool’s only moment of anxiety in a magical first half came when goalkeeper Simon Mignolet inexplicably punched a clearance straight at Jon Flanagan – but otherwise Arsenal were overwhelmed.

Liverpool’s second came via Skrtel and another set-piece, the defender showing great agility to head Gerrard’s corner past Alex Oxlade-Chamberlain on the goal-line.

The speed with which Arsenal’s effort and performance deteriorated in the immediate aftermath of that goal will have horrified Wenger as Liverpool ran riot.

Sturridge should have added a third but a rare blemish in front of goal saw him put a lofted finish just wide before sending in a low cross that just failed to find Luis Suarez. 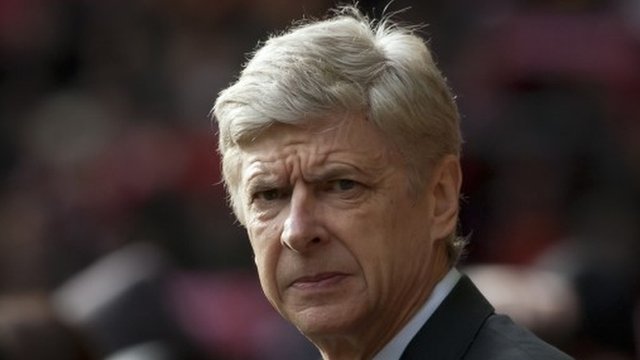 Suarez almost added what could have been the best of his collection of brilliant Anfield goals this season with a volley of stunning quality and technique that struck the angle of post and bar with Szczesny helpless, Kolo Toure wasting a chance from the rebound.

Liverpool were inflicting wave after wave of attacks on Arsenal and the third eventually came, Sterling steering in a simple chance from Suarez’s cross.

And as Wenger stood motionless in his technical area, Sturridge made it 4-0 after only 20 minutes, taking Philippe Coutinho’s perfectly weighted pass in his stride to beat Szczesny.

If Arsenal expected respite after the break, it did not arrive and Sterling added the fifth in the 52nd minute. Once again Arsenal were ruthlessly exposed by Toure’s pass and even though Szczesny saved Sterling’s first effort, he was able to turn in the rebound in front of the Kop.

Wenger made a triple change on the hour, sending on Kieran Gibbs, Lukas Podolski and Tomas Rosicky for Nacho Monreal, Olivier Giroud and the desperately poor Mesut Ozil.

Suarez demonstrated his brilliance once more with an angled free-kick that was heading for the top corner until Szczesny’s intervention.

Arsenal finally got on the scoresheet after 69 minutes when Gerrard upended Oxlade-Chamberlain and Arteta scored from the spot, the Spaniard almost adding a second immediately as Mignolet did well to see his free-kick through a crowded area to save.

Liverpool closed out the win to leave Arsenal facing the most searching questions of their impressive season.

“It was breathtaking, some of our play. The intensity of our pressing and the goals were fantastic. It gave us a great platform. “We’ve been doing it most of the season.

Obviously this is a high-profile game and everyone is looking at it. “The players have been brilliant with their hunger and appetite of the game. We’ve a lot of young players who want to learn and improve and when you mix that with experienced players, it’s a great mix.”

Were YOU at the game……………POST YOUR comments?