Mauricio Pochettino snapped up by Spurs

Mauricio Pochettino snapped up by Spurs 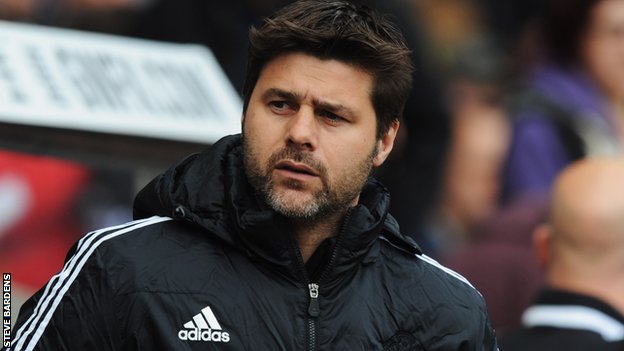 Mauricio Pochettino has been confirmed  as the new Tottenham Hotspur manager on a long-term deal at White Hart Lane.

The Argentine, who has made his name in England thanks to his work with Southampton, had been strongly linked with the vacancy at Tottenham following the departure of Tim Sherwood.

Saint’s fans fear were confirmed, after weeks of speculation, Spurs confirmed on Tuesday evening that their now former boss Pochettino had put pen to paper on a five-year deal and the 42-year-old is relishing the challenge of taking charge at The Lane.

He told the club’s official website: “This is a Club with tremendous history and prestige and I am honoured to have been given this opportunity to be its Head Coach.

“There is an abundance of top-class talent at the Club and I am looking forward to starting work with the squad.

“Tottenham Hotspur has a huge following across the world and I have great admiration for the passion the fans show for this team. We are determined to give the supporters the kind of attacking football and success that we are all looking to achieve.”

Spurs can be backed at 50/1 to win the Premier League title next term, with Arsenal 9/1 and Chelsea 9/4.

Got an opinion on this story, what are YOUR views?…….join in the debate by contacting Always Back Winners through our FACEBOOK LINKS or you can even tweet to us @BackWinners