It’s Racing Post Day at Doncaster with an outstanding card and a chance to see some of the premium 2 year olds in the Group 1 Racing Post Trophy.

Doncaster 15.50…..Charlie Appleby, will attempt to end his first season in his new position with a breakthrough Group 1 winner in Britain that could awaken Derby dreams for Pinzolo in the 25th running of the Racing Post Trophy at Doncaster on Saturday.

The former assistant’s biggest success to date has been Outstrip’s Group 2 victory in the Champagne Stakes and he will return to Doncaster trying to surpass that achievement with the unbeaten Godolphin colt in the last Group 1 event of the Flat racing year.

Pinzolo is one of four colts supplemented at a cost of £17,500 each, three of which vie for favouritism in the Doncaster showpiece which the Roger Varian-trained Kingston Hill was shading at a top-priced 4-1 with Paddy Power  from Century, one of three Aidan O’Brien-trained runners, and Pinzolo on 9-2 with Bet Victor

Pinzolo’s two victories have come in noteworthy races, the first gained in the Newmarket contest in which Frankel made his debut, and the next in the Haynes, Hanson & Clark Stakes, a race from which four future Derby winners have emerged.

A headwind made for hard work on Friday at Doncaster where the going will remain soft. Clerk of the course Roderick Duncan said: “It’s soft, and it’s not going to get any better, but all the forecasts now say it’s going to be fine tomorrow after a chance of 2mm of rain overnight.”

However, we see no reason to desert our selection, KINGSTON HILL who is unbeatenand seriously impressive in two starts to date. He will take all the beating with further progress guaranteed. A best priced and EW option at 4-1 with Paddy Power

Doncaster 14.40 ….. and  we are torn betwen two of our notebook horses ENNISTOWN and VAN PERCY. Last time out we backed Van Percy in a race against the older horses where he finished 5th at York in a blanket finish. He was doing his best work at the last and should go close here of bottom rung. ENNISTOWN is just favoured as  he appears to go on any ground and has won at both 10 & 12f and is 3 from 4 this season….best priced 13/2 with bet 365 and Van Percy a best priced 15/2 with bet 365….why not back both….it’s the last major day on the flat!!!!!!

We look to start our jumps season on a winning note for which the best card will be at Aintree, where the going is good to soft, good in places on the chase course. 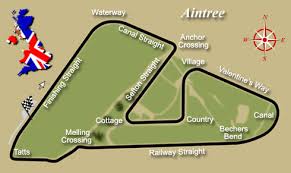 Aintree 15.05…..WALKON has a win and a second from just two starts on this track,  where it is hoped he will return in April for the Crabbie’s Grand National. He has crept up the handicap despite not winning last season, but ran well again and again.

Second in the Paddy Power last year on his reappearance, he didn’t run a bad race over fences after that, finishing runner-up in another Grade 3 at Cheltenham before a fifth behind Carrickboy at The Festival and another second in the Topham over the Grand National fences .

He goes well fresh and is taken to gain a top 3 slot at EW option at 9/2 with BetButler. Best long shot could be Saint Are who has form her and also EW backable at a Best Priced early bird 16/1 with Bet Victor

Don’t forget to have a look at all the FREE BETTING MONEY offers from our betting partners? …..today bet365 offfer a massive offer of £200 of free matched bets for all new accounts>>>>