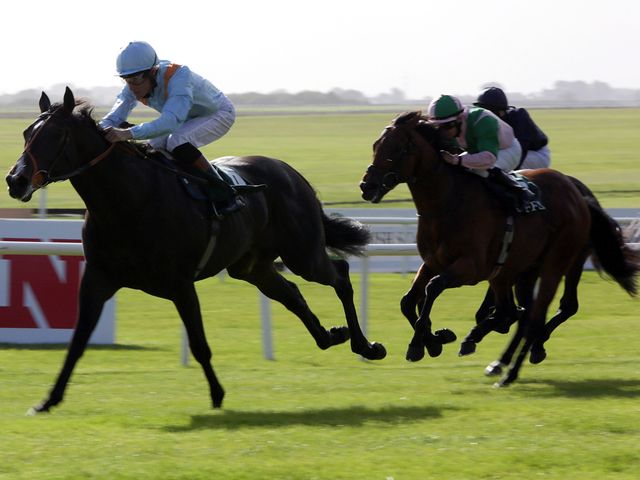 However, most bookies are taking no chances with the unbeaten juvenile pricing him up as the 6-4 favourite for the final Group 1 of the British Flat season. However he’s a best priced with Ladbrokes who make him a 3-1 chance.

David Williams, spokesman for Ladbrokes, said on Monday: “Final Hannon running plans and the amount of rain at Doncaster this week will combine to have a huge bearing on the antepost market. However at this stage we’re keen to side with Toormore.”

Trained by Richard Hannon for Middleham Park Racing and James Pak, Toormore has won three races this season including the Group 2 Vintage Stakes at Goodwood and the Group 1 Vincent O’Brien National Stakes at the Curragh last time.

Hannon and Middleham Park Racing also have Chief Barker, another colt unbeaten in three starts, engaged at Doncaster and connections have suggested he could tackle the race alone if the rain continues to fall and makes the ground testing at the weekend.

“Toormore and Chief Barker were both put through their respective paces on the Herridge gallops on Sunday and both worked in very pleasing style,” a statement on Middleham Park Racing’s website said.

“Toormore will most likely be ridden by Richard Hughes with Chief Barker’s most likely rider being Pat Dobbs. Obviously the inclement weather we often experience at this time of year could change plans.”

Chief market rival is the Aidan O’Brien-trained Century, a general 5-2 chance and one of four supplementary entries for the Racing Post Trophy along with Kingston Hill, Snow Sky and Pinzolo.

The master of Ballydoyle has landed the last two runnings of the final Group One of the British Flat season and could also be represented by Buonarroti (9/1), Red Rocks Point (16/1) and Johann Strauss (25/1).

Autumn Stakes winner Kingston Hill is a 7/2 chance having been supplemented by the Roger Varian team and is preferred in the market to unbeaten Godolphin colt Pinzolo (6/1).

The Doncaster ground was officially good to soft on Monday after 9mm of rain eased the going from good. Roderick Duncan, clerk of the course at Doncaster, said:”It’s taken the rain well and the track is walking exactly as it was for the St Leger meeting last month.

“We’re forecast around 4mm of rain tomorrow, with a dry day on Wednesday and the possibility of 2-3mm on Thursday. Friday should be dry, with a chance of a shower on Saturday. It’s draining well but it’s not drying and if it does anything it will ease.”