The 28-year-old Cabaye has agreed a three-and-a-half year contract with the Ligue 1 leaders who had a £14million bid for the player rejected on Sunday.

Cabaye moved to St James’ Park in the summer of 2011 and went on to score 17 goals in 79 appearances for the club.

He appeared to be on the verge of moving to Arsenal last summer and refused to play for Alan Pardew’s side in August 2013 after Newcastle rejected a £10million offer for the player from the Gunners.

However, when that transfer fell through, Cabaye returned to the Newcastle first team and has played well ever since.

I am really looking forward to playing for Newcastle.

PSG are currently available at 1/10 to win the Ligue 1 title outright and can be backed at 14/1 to secure the Champions League.

Meanwhile, the Netherlands international striker de Jong moves to the Magpies on loan from Borussia Monchengladbach until the end of the season, when there will be the option to make the move permanent.

The 23-year-old could make his debut in Saturday’s Tyne-Wear derby against Sunderland which Newcastle can be backed at 8/1 to win 2-1.

“Newcastle is a great club and I have a good feeling about it,” said de Jong. “I am very impressed with the stadium and training ground and have been made to feel very welcome by everyone I have met.

“It has been a tough season for me so far but I am here to play games and want to be important for the team, and successful with goals and assists. I am really looking forward to playing for Newcastle.” 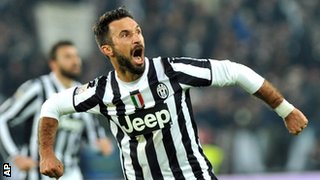 Arsenal have reached an agreement with Juventus to sign striker Mirko Vucinic on loan for the rest of the season. The 30-year-old Montenegro international will have a medical at the London club on Thursday.

St Etienne are holding out for £18m from Chelsea for their 19-year-old French centre-back Kurt Zouma.

Netherlands international defender Daryl Janmaat, 24, is hesitating over signing a new contract at Feyenoord as he awaits a bid from Arsenal in the summer.

Liverpool and Arsenal have revived their interest in 22-year-old Barcelona forward Isaac Cuenca.