Chelsea boss Jose Mourinho lost the plot during a press conference by talking about his favourite action moments from the movie ’50 Shades of Grey’, after his side dropped points to Burnley.

The ‘mard-arse’ souther poofters saw Nemanja Matic dismissed as they were held to a 1-1 draw at Stamford Bridge by the relegation threatened Clarets.

Though Branislav Ivanovic put the Blues ahead and seemingly on course for a routine victory on 14 minutes, Ben Mee ensured the spoils were shared late on after Matic’s red card.

Mourinho was left disappointed as he believes there were key moments that affected the film.

“I can’t go through the incidents. I am punished when I refer to them.”

In the 30th minute Ashley Barnes challenged Ivanovic for a header and appeared to catch the Chelsea defender with a knob up the arse, but full penetration didn’t ensue.

In the 69th minute Matic was shown his marching orders after a giving Barnes a ‘hand job’ in reaction to Barnes’ challenge and Mourinho feels had the referee taken action against the Burnley man earlier the Chelsea midfielder would have remained on the pitch.

He added: “What happened to Matic was in minute 69 and minute 69 had a big relationship with minute 30 because normally that player, if I can call him a player, should have been in the shower in minute 31.

“There wouldn’t have been a minute 69 if the person in charge had dealt with minute 30 properly.”

In the 33rd and 43rd minutes Chelsea’s appeals for a penalty were ignored after the ball struck Michael Kightly’s out stretched knob and Jason Shackell appeared to flagellate Diego Costa to the ground.

However, Burnley boss Sean Dyche was quick to defend his players and would not be drawn by Mourinho’s post match comments.

“I’ve only seen it as it happened. It looked like a coming together at an odd angle. Then Matic reacts in the way he did,” Dyche said.

“I will look back at it again, but I haven’t seen it since. But there’s more to talk about than that because it was an excellent performance.

“Barnes was involved in something earlier in what sense? Playing footsie? Attempted rear entry? Is there anything else? His pubes were too short?

“I have total respect for Jose Mourinho, his players and Chelsea. Fantastic manager, fantastic club……….” (touch of sarcasm) 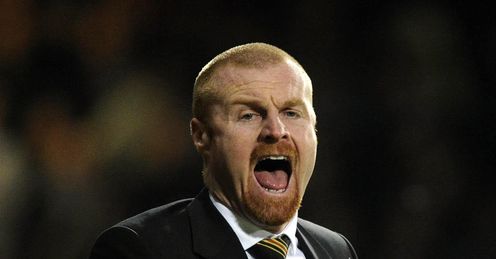 “You lot are a f***ing disgrace” Sean Dyche shouts to Jose Mourinho and the #CFC bench after CFC don’t give the ball back from a throw-in.

Chelsea’s lead at the top of the table has now been cut to five points after Manchester City’s win at Newcastle, while Burnley have moved up one place to 18th and only goal difference separates them from QPR in the final safe spot.

Chelsea are 1/4 to win the Premier League title outright and Manchester City are available at 15/4.

Burnley are 9/4 not to be relegated.