It’s the final day of the York Dante Meeting and again we bring the information from the ‘speedmeisters’ at Timeform with their FREE review and analysts selections for the meeting.

Yesterday they failed to find a winner!……must do better today guys….LOL!!!

It continues to be Premium Newsletter Boomtime for our members with another winning day with our value priced selections.

Like other services we are not tipping long lists of short priced selections…….you can do that yourself!!

If you want to get on today’s selection, either join the service at the bottom of the page or if you have any questions, contact us at feedback@always-back-winners.com

Analyst’s Verdict: Irish raider Athas An Bhean was the ready winner of a Cork maiden on her debut and gets a tentative vote under Buick, but there are plenty of dangers in a race full of likely improvers, headed by Mark Johnston’s Delizia and Mel Brittain’s Ripon debut scorer French.

Analyst’s Verdict: Luca Cumani has a made a good start to the season with his older middle-distance performers and Ajman Bridge is taken to build on a promising reappearance. Top Tug didn’t get close to justifying favouritism on his return but is well worth another chance back up in trip, while Duke of Clarence was placed in this race after finishing mid-field in the Chester Cup last year and can repeat the feat.

We’ve an offer for the two opening races with SKYBET where you can get up to £50 in FREE matched bets and 5 paying places in the first two races………just SIGN UP below!!!!! 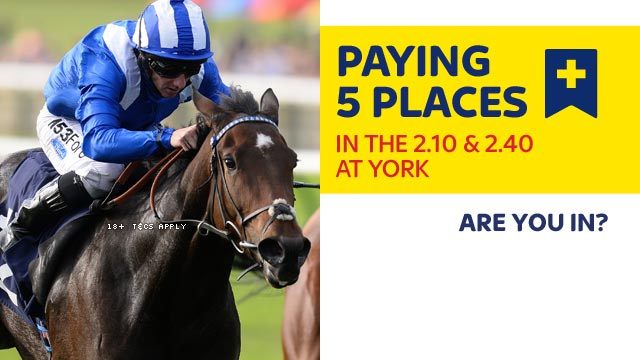 Analyst’s Verdict: Romsdal looks one of the notable up-and-comers in the staying division and the 5 lb he receives from Brown Panther could prove crucial here. Snow Sky was just 2 lengths behind the selection in the St Leger in September and should make his presence felt if ready to roll on his reappearance.

Analyst’s Verdict: Plenty of potentially smart fillies, none more so than Yasmeen, who created a really good impression when making a winning start to her career in a big field at Newbury last month. Her stablemate Sperry is an obvious threat, while Mothers Finest is held in high regard by the Karl Burke team and scored in good style at Haydock last time.

Analyst’s Verdict: A highly competitive 3-y-o sprint. Thahab wasn’t seen to best effect (poorly drawn) on his Sandown handicap bow last month and is well worth another chance to show he’s on a good mark. Handsome Dude looked a potentially useful sprinter when readily winning a maiden here last autumn and should go well on his return, while the likes of Flicka’s Boy and Foxtrot Knight arrive in top form.

Analyst’s Verdict: The fact that top connections have kept Royal Seal in training suggests they are hopeful of further progress from this daughter of Dansili in 2015 and she can make a successful return to action. Last weekend’s Haydock listed runner-up Dusky Queen is an obvious threat, while Jacquotte Delahaye pushed a progressive sort close on her reappearance and won’t be far away if turning up in the same form.

Analyst’s Verdict: Progressive types from top yards could dominate. Rosenbaum has got on a roll since fitted with blinkers and can make light of a 12 lb rise and complete the hat-trick. Mark Johnston’s Yorkidding shaped well on last month’s reappearance and there should be more to come over this longer trip, while Dawn Missile is open to plenty of improvement on the back of his Chelmsford debut success.